Canoes made in Gansbaai

They were brave little boats, capable of carrying heavy loads and surviving heavy seas. But these “Made in Gansbaai” vessels have now become part of Strandveld history.

Early 2004, Bergman, the last working Gansbaai canoe was taken off the waters it had plied the last thirty years. According to its owner, seventy-year-old Mr Dirk (Monkey) Lourens of Gansbaai, it was built by Mr Awie Geldenhuys and was the first of the bigger canoes. No matter how rough the seas, other boats capsized, but not this one. It always kept its nose up, no matter how heavy the load. It could hold up to 1,5 tonnes of fish! 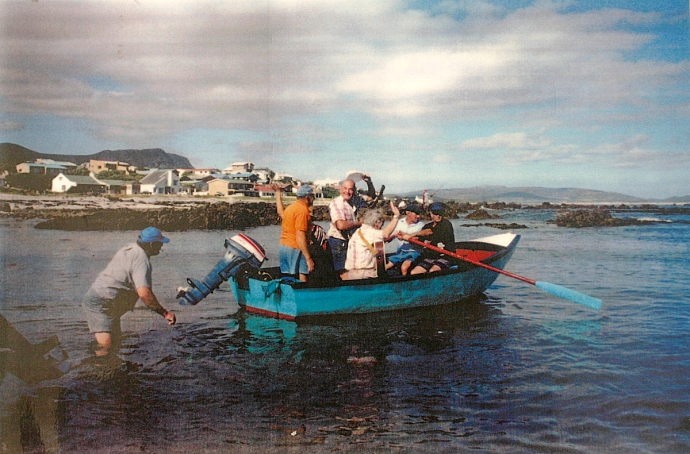 Oom Dirk Lourens with his canoe almost swamped with an overload of fish.

The story of the Gansbaai canoe started when Mr Michiel Groenewald found a usable wreck washed ashore near Danger Point in about 1929. He took it home with a horse cart and repaired it so that he could eventually take it out to sea. His wife’s sixteen-year-old brother, Koen Wessels, who lodged with them, was the oarsman. People associated him with this particular boat to such an extent that he became known as Koen Kano.

Michiel Groenewald, builder of the first canoe and his sons, Koos and Pilla 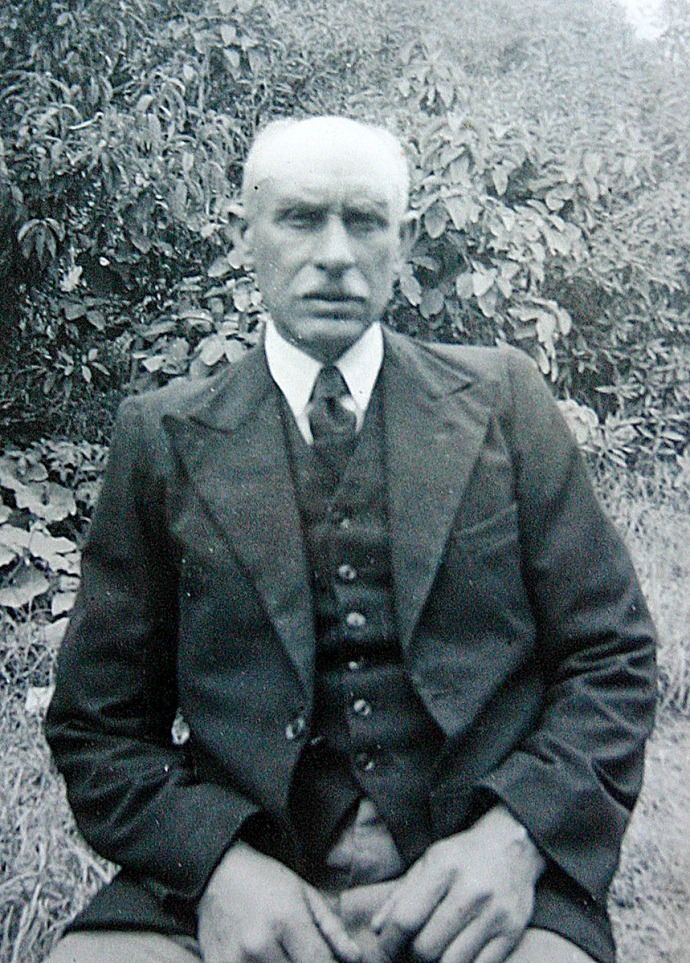 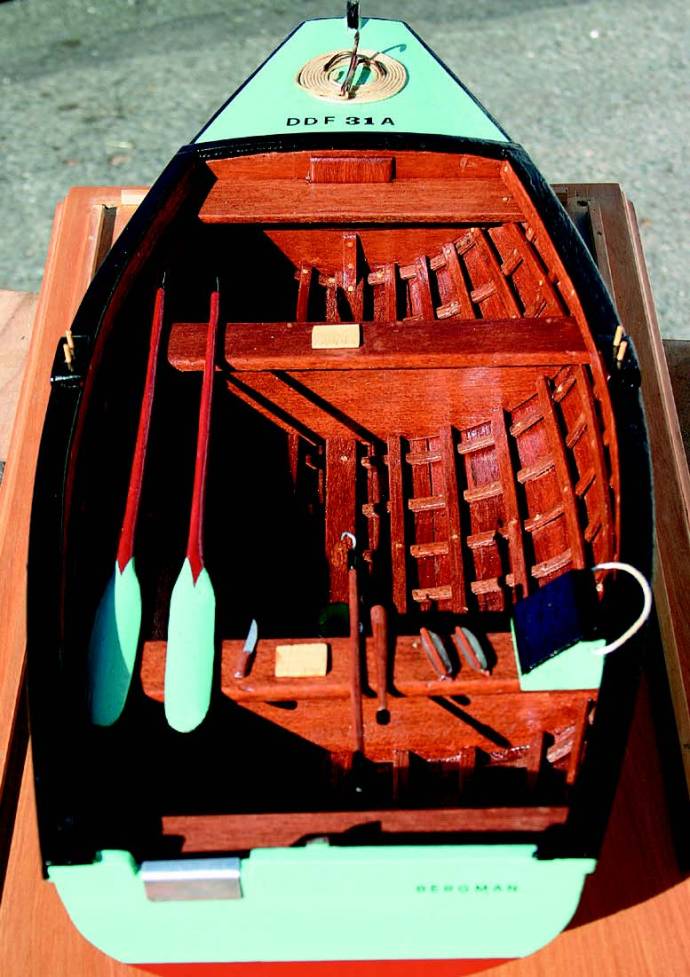 An exact scale model of Bergman, the last canoe to see active service, made by Greeff Geldenhuys of Gansbaai.

But the little fishing boat still had some shortcomings. Michiel then used the same plan and built a new one. Keeping the basic form, he reshaped it a little bit and raised the square prow so that it could better weather the rough seas and wind. The new one was indeed a sturdy and very safe little boat, made for these seas. More and more fishermen wanted boats like his and, with primitive tools, he started building. Some of these tools can be seen in the Strandveld Museum at Franskraal. In his lifetime he built more than a hundred boats. People from as far as the then Transvaal ordered boats which they used on the inland dams. Mr Koos Groenewald, a son of Michiel, remembers that these boats were sold for £30 each.

Wood for the ribs, which they called the knees, were cut from the local milkwood trees. They carefully selected and sawed forked branches from the trees to range from smaller to larger. Care was also taken to not damage the trees more than necessary. According to Mr Groenewald, about twelve of these trees are still standing on the farm Moolmansdam near Gansbaai. The branches were then brought to Gansbaai, where it was cut and trimmed into the right sizes. Then they were taken down to Perdebos near the harbour where these knees were put into the water, fastened with heavy stones and left in the water to be washed clean by the sea, and to rid the branches of their sap. It sometimes took weeks, even months, before the knees were ready to be used. These knees formed the structure of the boat, like a rib cage, onto which the other wooden planks, choice meranti, were then fastened with copper nails.

The seams were caulked with something that resembles white wool. Then the boat was painted and once dry, put into the water so that the wood could swell. Only then the boat was waterproof. In summer, with the boats lying in the harbour, the children sometimes had to fill the boats with buckets of water to keep the seams tight.

These boats could be used with sails, oars or fitted with an engine. Once Koos and his friends, who were allowed to use the boat with permission for fishing, used their father’s boat (obviously without permission) as a surfboard! It had the right shape, but that was definitely not what it was intended for. The boat capsized, the oar got stuck and the escapade resulted in severe punishment for the soaking wet and cold culprits.

These sturdy little boats became so popular that other people also started building similar boats using his pattern, but according to Mr Koos Groenewald, they did not use milkwood ribs as his father, but ribs of other wood which were steam shaped.

Michiel’s brother also started building these boats, but he eventually specialized in the bigger five-crew boat, known as chuggies, with four men at the oars plus the skipper. One of the original boats built by Michiel Groenewald can be seen in the Old Harbour in Hermanus. 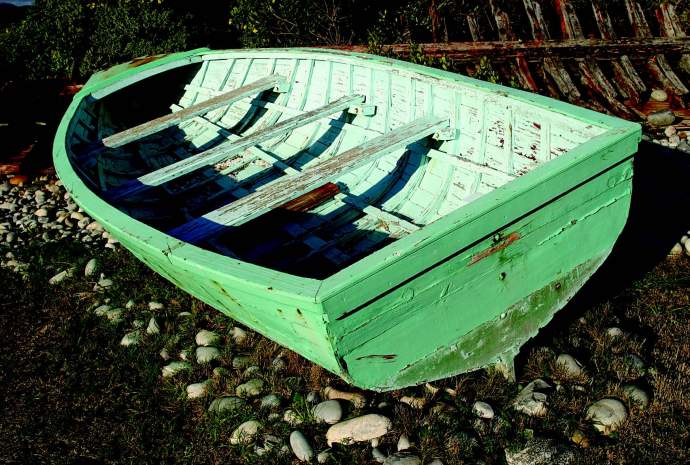